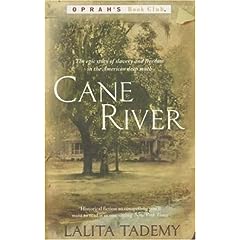 Amazon recommended this book to me as I had read and enjoyed other books from Oprah’s Book Club; I didn’t know anything else about the book, but had the opportunity to pick up a free copy through Bookcrossing.com. I’ve had the book for two years now and feel it is time it moved on.

The book follows the lives of several generations of the same black family in Louisiana, USA starting in 1834 through to 1936. The story follows three women who have very different lives starting as slaves, during the civil war and as slavery becomes illegal. Although it is a fiction book it is based on Lalita Tademy’s research into her family history so the majority of the characters are factual as are the key components of the story backed up with copies of documents such as newspaper cuttings and wills (which again makes me think about what records are we leaving in the digital age).

I was reluctant to read this book and consequently found it difficult to start; however, it wasn’t long before I was engrossed in the story. I have never studied American history during this era so I knew very little about slavery and the consequences after it became illegal, so I found that side of the book fascinating. Lalita Tademy has done well to develop vivid characters and has provided insight into the life of black people in Louisiana in the 19th and 20th centuries, however I imagine it is still a very sanitised view. The story follows a direct route backwards from the author which unfortunately means there are stories missing, I would really like to have known more about Eugene who moved away from Cane River so he could pass as a white man, but as this would take significant research perhaps this could be a future book.

In some respects this book is similar to Wild Swans as they both follow three generations of women through a time in history when there are significant events having a large impact on people’s lives. However as Cane River is written as a novel in the third person I found it is a much easier to read than Wild Swans.