Staccups * is a dexterity game requiring both hand eye coordination and speed. The aim is to be the quickest at stacking your cups by matching the colour of the bottom of your cup to the colour on the top of the cup below. The challenge comes from all players racing to place their cups on the same two stacks.

It is described as for 2-4 players, but you can also play it solo where you race against the clock, in fact I won our game by entering a competition with University Games and having the quickest time on the day. The box says 8 years plus, however my son enjoyed played it at age five. It is just as popular with adults as children, and when I’ve taken it into work or at our games night it has got very competitive.

Staccups is the second game I’ve played on ten different days in 2018 as part of the 10 games 10 times in a year. In fact, I’ve played it more than ten times as the children keep asking to play it.

This is a great party / break the ice game. It is easy to teach people as the concept is simple, although harder to put into practice. My son was able to play it from the age of 5, yet adults find it just as fun – although they may get a bit more competitive, including pushing and shoving!

Yes. I really enjoy it because

I suspect my children will request to play Staccups many more times this year, and I’m okay with that, even if my daughter is starting to beat me!

Read moreOur favourite board games of 2018

The only improvement I’d like to see to the game is a more compact box. This is a great game to play with friends and if the box was smaller it would be easier to take it places such as work, games nights and ballet show rehearsals.

Have you played Staccups? What games have you been playing this year?

*Disclosure – I won this game from University Games and all thoughts and comments are my own. This is an affiliate linking meaning if you buy something after following the link I will earn a percentage of the value, but it will not cost you any extra. 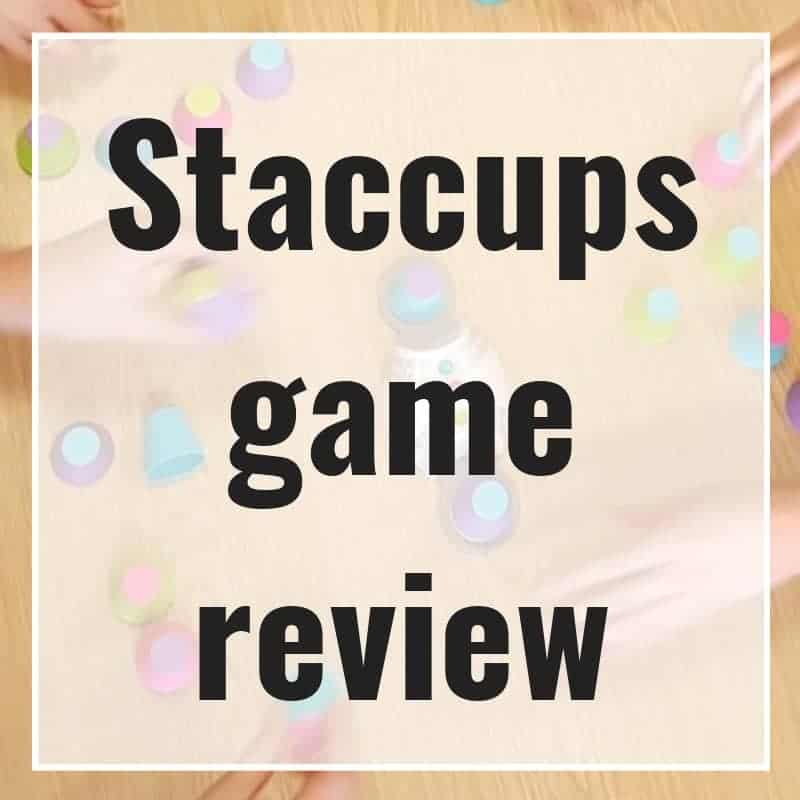 Family home – 5th anniversary (dones and not dones)
Next Post: How I had a great 40th birthday »
Subscribe
Login