In Takenoko* you are a member of the Japenese court who has been given the task of looking after a Giant Panda gifted to the Japanese Emperor. You need to set up a garden, grow bamboo and feed the panda.

The only things I’d heard about the board game before Asmodee sent us a copy* was it is cute, and highly regarded (it has an average rating of 7.3 / 10 on Board Game Geek). Antoine Bauza also designed other classic games including 7 Wonders, Hanabi and Toikado (which I enjoy playing on my tablet).

There are only two pieces that move around the board, so it is a good game to introduce the idea of shared pieces that anyone can move. All the pieces are played to a central board, that you try to influence to meet your objectives e.g. eating bamboo that someone else has grown.

The front of the box has a cute picture of a panda walking with an umbrella. There is also different artwork on three sides; the panda, the emperor and the stressed gardener.

The plastic insert is pretty well designed with obvious spaces for all the components. Our games tend to spend a lot of time on their sides either stored on our shelves or when we take them to play with friends. I’ve found the pieces do move around the box, but they are easy to sort out and get the game started.

When you open the box the first component you notice is the bamboo. It is stackable wood pieces painted in three different colours. The player action markers and dice are also wooden.

The panda and gardener are pre-painted plastic miniatures, and blue plastic sticks depict the irrigation channels. Everything else is cardboard of varies thicknesses.

Each player has a board that reminds them of the possible actions each turn, and to collate their loose pieces. Thes boards maybe optional in a game with adults, but I think they are essential in a game with children.

The instruction book starts with a cartoon which explains the theme of the board game. It also explains where the name of the game came from and how to write it in Japanese characters. There is also a list of game materials and I suggest you check this as our game had a miss-printing so one of our improvement tokens is blank.

The aim is to be the person with the most points at the end. You gain points by completing objectives. There are three different types of objectives and you start the game with one of each type:

Takenoko is interesting as the cards are very different — what the panda eats, garden layout, what you grow.

You keep your objective cards hidden which means people can’t aim to disrupt your objectives. This could be a good benefit if you’re playing with children as they can focus on working towards their objectives and not worrying that someone will disrupt them.

Each person chooses two different actions each turn, which they show by placing markers on the action section of the board.

From the second round, weather also has an impact. The weather is randomly decided by rolling a die. This selects an effect you take before your actions:

The garden tiles are built around a central water feature which provides irrigation water to any tiles touching it. Any tiles outside this ring need to be irrigated by placing irrigation channels from the central water feature. Another way to irrigate a tile is through improvements. There are three enhancements that are either printed on the garden tile or added as an improvement chip following a Clouds dice roll.

It is worth noting that there are not even numbers of each colour garden tile and this is reflected in the objective points for each colour, where green generally has fewer points and pink the most. However, this may not be reflected in your game depending on how many garden tiles are placed.

Takenoko is slow at the beginning as you need to lay a certain amount of tiles and grow a certain amount of bamboo before people can start achieving objectives. However, it does speed up, and it is possible for people to meet an objective with each action on their turn.

I’ve only played this game with 7 and 10 year olds and it has been slow, taking longer than the suggested time. They found it difficult to plan ahead and spent a lot of time working out what to do with their actions. They also found it confusing to work out what they’d done in a turn, even with the board and markers. But equally, they have beaten me without me letting them, so their thinking time was effective!

Ending the game and winning

The last round starts when someone completes a certain number of completed objectives e.g. in a 3 player game after eight objectives. That person gets the emperor card which gives them an additional 2 objective points and everyone else has a final turn.

The points on completed objectives cards are totalled and the winner is the person with the highest score.

Do I recommend it?

Takenoko will be a good choice if you want to try a board game that:

For me it is a maybe game. I like games that are enjoyable for adults and children, and I don’t think I’ll suggest to play Takenoko. However, I’ll be happy to play it if the children suggest it, and as they have both said they really enjoy it. I’m sure I’ll be playing it more in the future.

? Disclaimer – I received this game through the Asmodee Blogger Board Game Club. This was a free game in exchange for an honest review. All comments are my own. This post contains affiliate links which means if you buy something I may earn a percentage of the value. However it does not cost you any more. 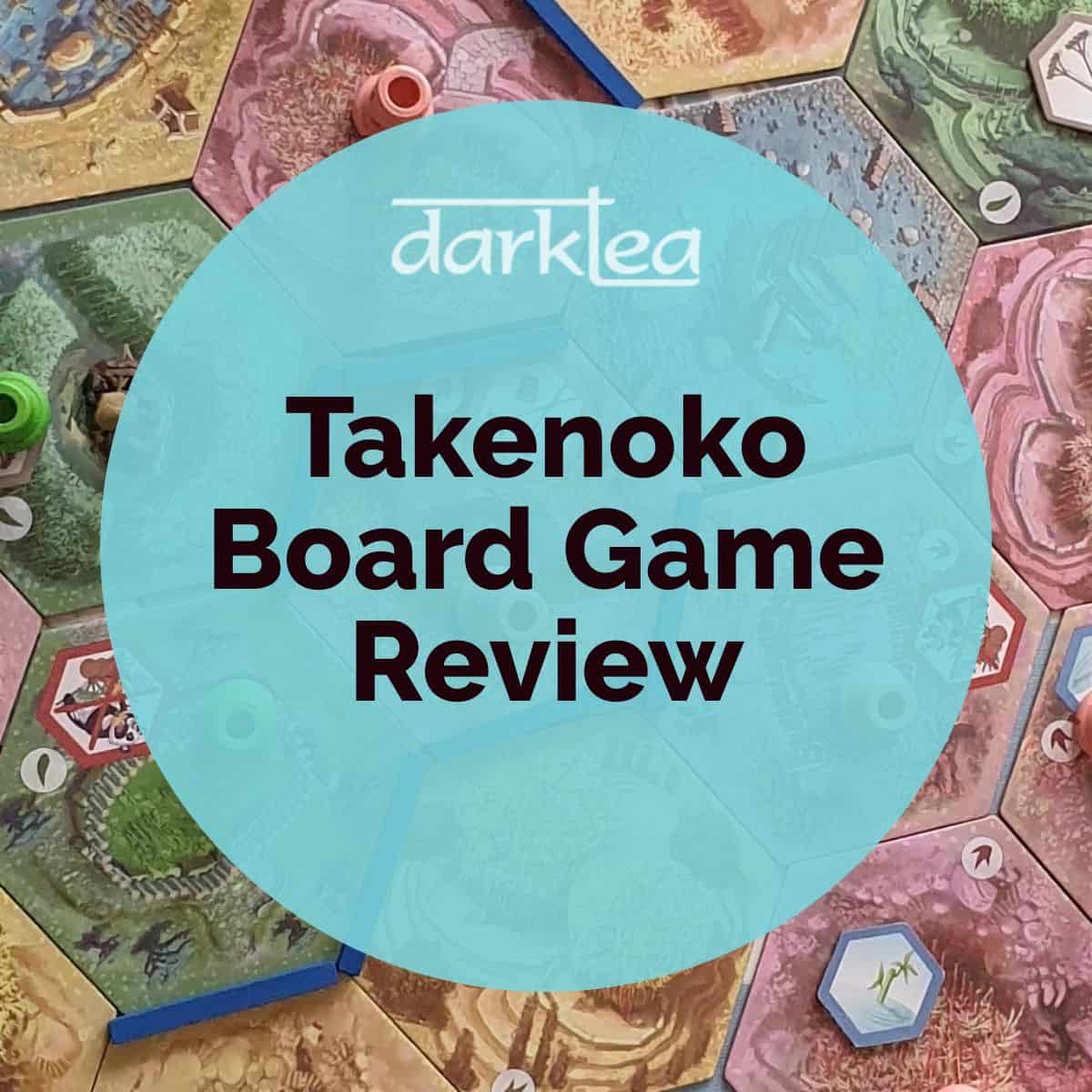 How to keep the holiday feeling when you return to work
Next Post: Introducing more healthy habits – my half year review